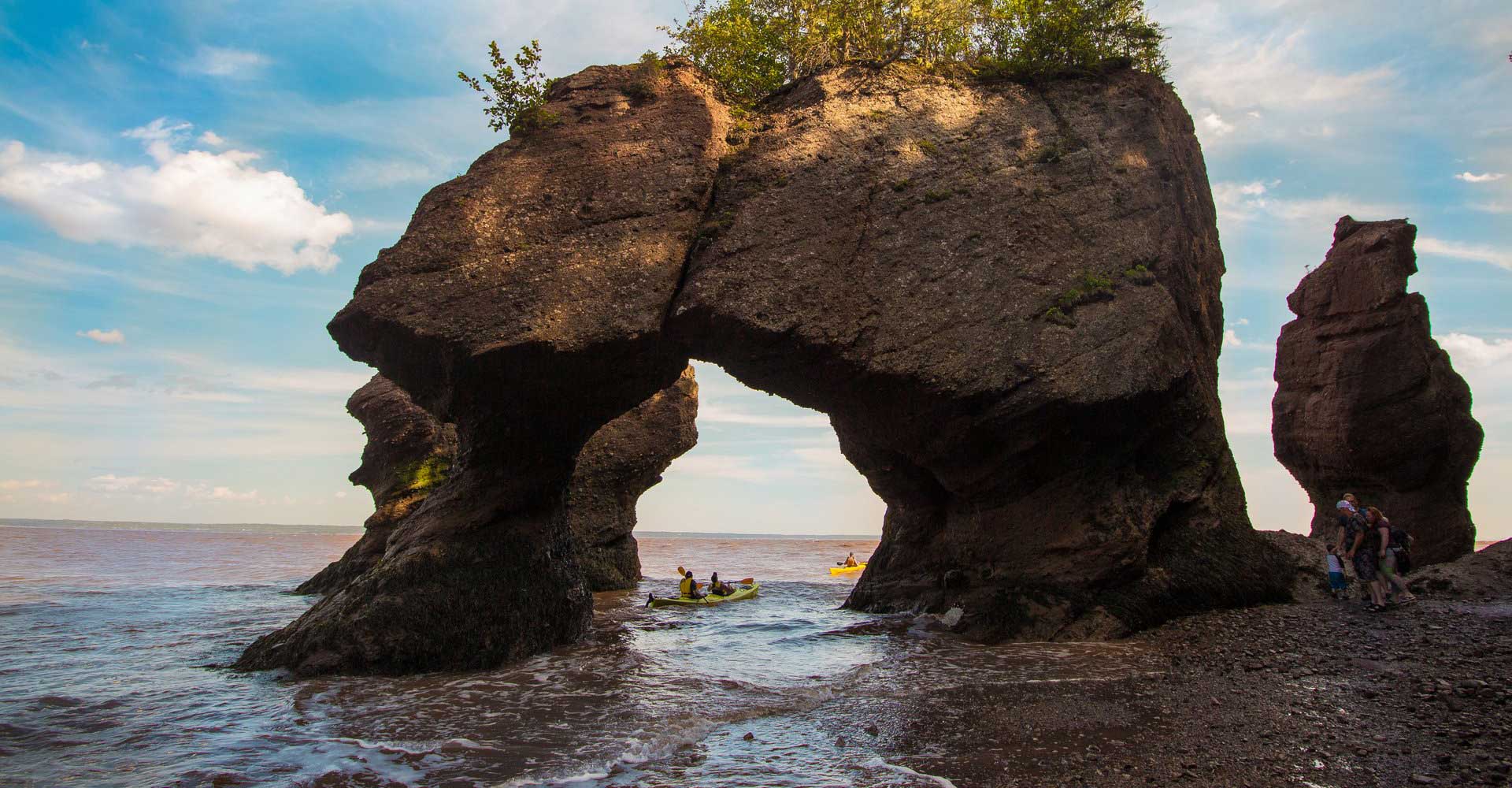 Both Sides of the Bay

Admission to the iconic formations at Hopewell Rocks

The Bay of Fundy, one of the world’s natural wonders, is cradled between the shores of New Brunswick and Nova Scotia.

Carved by the wind and the sea millions of years ago, the Bay of Fundy’s 270 kilometres of ocean is geologically and archaeologically significant and boasts the world’s highest tides. In fact twice a day, 100 billion tons of seawater flow in and out of the Bay, resulting in the legendary 50 foot tides. In addition to these famous tides, the Bay hosts over 12 species of whales, including half of the world’s population of endangered North Atlantic Right Whales, and is a delight for birders. With four UNESCO designations, the Bay of Fundy was listed as one of the 28 finalists in the New 7 Wonders of Nature contest and was named one of the “Top 10 destinations for 2012” by the travel experts at Frommer’s.

*2022 prices are per person based on two sharing [CDN] and subject to availability at time of booking. This price does not include: Federal and/or Provincial taxes. Trip Cancellation and Car Rental Insurance are extra.